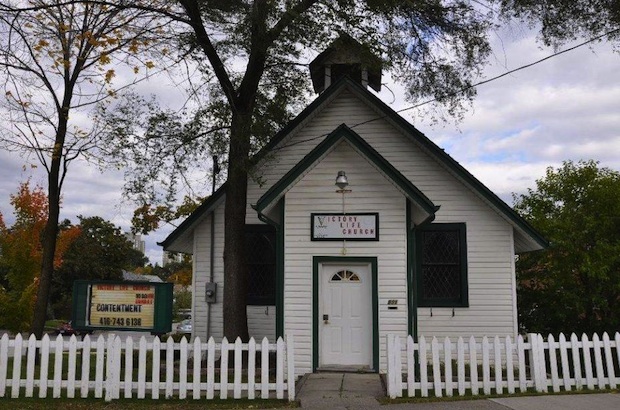 Toronto Bell Cote Heritage Preservation, which is spearheading the restoration of this Etobicoke landmark, is seeking the help of Anglicans and others in the undertaking.

Designated as a heritage building in 2003, the 118-year-old church has both historical and architectural significance, according to Lynda Davey-Longstreet of Toronto Belle Cote.

Originally built in 1895 as Holy Trinity Anglican Church in Malton, Peel county, and relocated to Scarlett Road in 1923, the church showcases the Victorian Gothic Revival style of architecture, with its L-shaped plan, three-sided apse and cross-gable roof with a bell cote and chimney.

“The property is associated with the historical development of the Westmount community, which was founded in World War I era as a residential neighbourhood for workers at the munitions plants across the Humber River in Weston,” says Toronto Bell Cote Heritage Preservation on its website. “Following its move to Westmount…St. Matthias Anglican Church became an important institutional building in the hamlet.”

When Hurricane Hazel struck Toronto on Oct. 15, 1954, the church served as a rescue centre and became a focal point for the community.

Since then, the historic church has served other purposes.

When the growing St. Matthias congregation moved in 1957 to its present-day location on Royal York Road, the property was transferred to the diocese of Toronto. In 1959 the Christadelphian Church purchased the building and in 2009 sold it to a spiritual development centre, Sukyo Mahikari.

But the ravages of time caught up with church, described by many as “quaint, small, lovely and charming.” The building had fallen into such disrepair and decay that, in 2010, Sukyo Mahikari filed for an application to demolish it, “unaware of the stringent regulations that govern heritage structures,” said Davey-Longstreet.

A strong lobby from the local historical society and members of the community saved the church, however, and in 2011 the Etobicoke York Community Council voted to preserve its heritage value.

Sukyo Mahikari decided to create Toronto Belle Cote, a non-profit charitable organization, whose focus would be to preserve the building as a heritage centre and promote activities related to its heritage, explaned Davey-Longstreet.

“Our goals is to bring it back to life—literally, because it’s falling apart, and also, back to life in the sense of restoring its role as a centre within the Etobicoke community,” said Davey-Longstreet.

Aside from strengthening the church’s structure, the renovation plan involves preserving as much of its original elements as possible—including the arched stained glass window and the bell cote. But newer, more eco-friendly and energy-efficient features will be added.

The vision is to have a place where people can gather and have different types of activities, “establishing the connectedness that once existed in this community,” Davey-Longstreet said.

Like other churches in most of urban Canada, the church will combine “spiritual and non-spiritual uses,” said Davey-Longstreet. There are plans to use it as a centre for education that will focus on history, including quite possibly a museum honouring those who survived and did not survive Hurricane Hazel. There are also plans to organize training for disaster preparedness, the use of renewable energy, tree planting and organic farming.

The estimated cost of renovations has been pegged at $860,000.

For information about the project, including how to donate, visit the Toronto Bell Cote website at torontobellecote.org 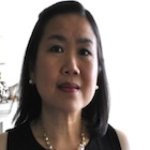 Marites N. Sison is editor of the Anglican Journal.